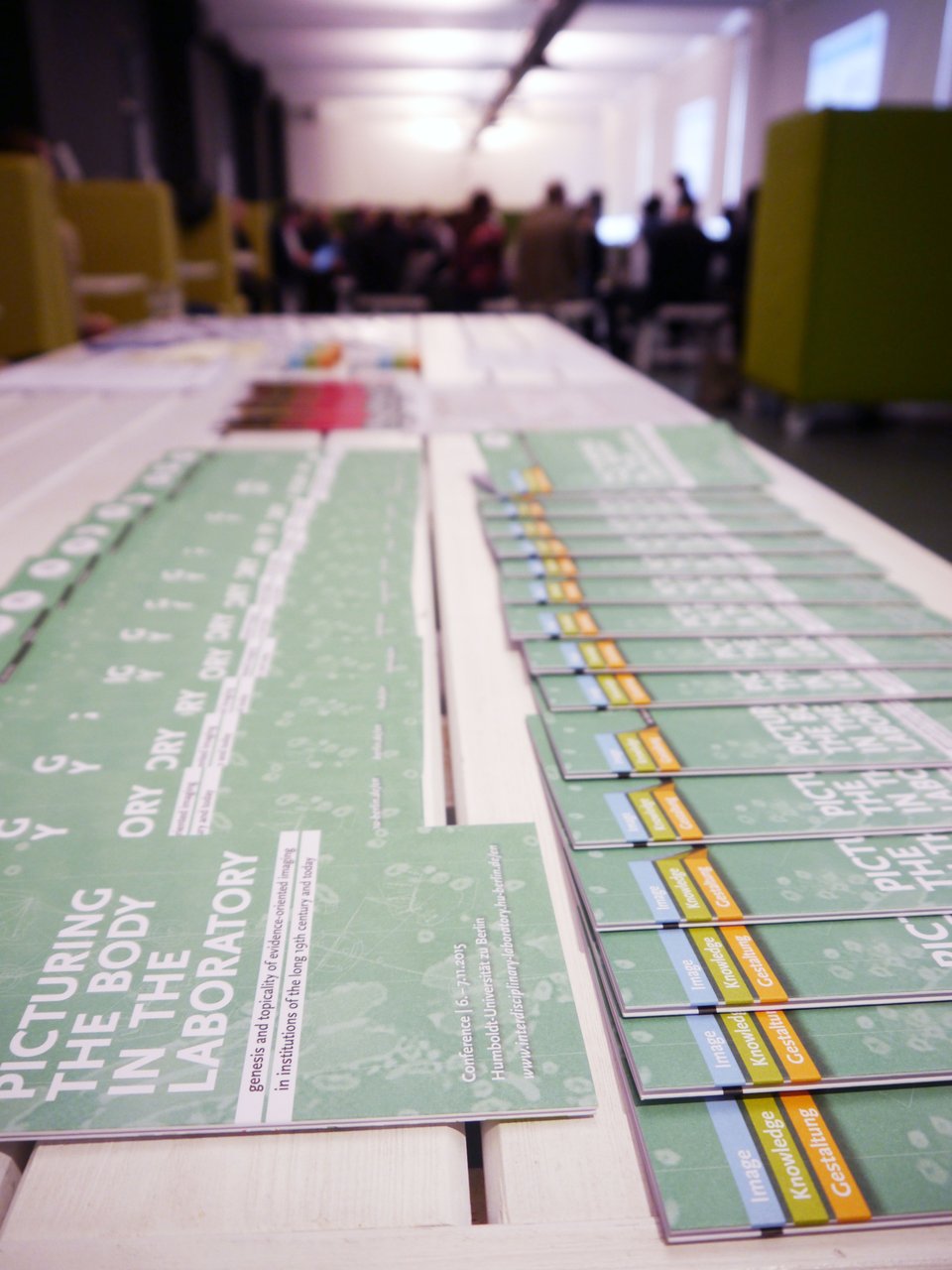 PICTURING THE BODY IN THE LABORATORY

Genesis and topicality of evidence-oriented imaging in institutions of the long 19th century and today.

Evidence can be produced in the image »inadvertently« (Peter Geimer 2010), or intentionally, while it is normatively embedded in an institutional function. According to Carlo Ginzburg, the latter form of visual evidence production assumes its modern form at the end of the 19th century when the thousand-year-old art of reading traces or tracks becomes the reading of evidence, which is practised in psychoanalysis, art history and medicine (Ginzburg 1988). The key to reading traces in terms of evidence production is an understanding of traces or corresponding images as »time containers« (Doane 2005), as the past is present in the material trace and can also be preserved for the future.

Christian Sichau (2004) introduces specific categories which help further differentiating the intentional evidence: it can be labelled »material« when it uses the materiality of the object to be represented in the production of the image (a »scanned« image in Schröter’s term 2004) and also when it is presented by means of numbers in a diagram (cf. Heßler 2006). In contrast to this is »rhetorical evidence«, which is not dependent on the materiality of the substrate, such as culturally coded colour schemes in cartography or medicine.

But interwoven in such very codes, the evidence of a trace is produced in its authentication by the institution: only after the art historian Giovanni Morelli – whom Carlo Ginzburg cited as a representative of the new hermeneutics of evidence – published his method in an art history journal did this way of seeing (in Fleck’s sense of the term) gain the status of a method. Starting in France and the German states, the site of institutionalised visualisation from the mid-19th century becomes the laboratory, where the form of knowledge production corresponds to industrialised modernity (Cahan 1984, Felsch 2005). Image production in the laboratory benefited from mechanical objectivity (Daston and Galison 2007) that assumes that traces can be wrested from nature without mediation by man. The qualities of the laboratory – systematic, reproducible work supported by technology and a mechanistic concept of objectivity – are not, however, linked to its enclosed space. The new discipline of scientific management leaves the laboratory around 1900 and returns to the field, just as geographers practised their knowledge not only in the laboratory but primarily outdoors in nature and in the workshop at that time.

The laboratory – broadly defined – is the site of evidence production that assumes a particular role as a result of 19th-century experimental and metrological practices. The social-institutional aspects or »social practices« (Knorr-Cetina 1988) become interwoven with epistemic practices in the experimental system in the 20th century (Rheinberger 2006). What is the relationship between the epistemic framework and the political framework in the different processes for image production and evidence generation in the long 19th century? How does it compare to earlier evidence generation and 20th century image production in the laboratory?

Widely varying kinds of traces are examined and rendered demonstrable in the long 19th century with an emphasis on their materiality; traces are transferred from the laboratory of the open field onto geographical maps with new measuring techniques; with the recently introduced methods of fingerprinting and passport photography, human identities are confirmed; and the essence of organisms is located in the matter of the cell nucleus alone, as proven in biological experiments. With the accompanying interest in the production of difference in the epistemic sense (François Jacob 1973, Rheinberger 2006) and its political meaning, also gender comes into focus.

Our aim is to investigate the particular role of the image in evidence production around 1900 in order to sharpen our understanding of the ground laying concepts for today’s epistemic role, limitations as well as of the convenience of laboratory work. Specifically we want to know: what is it exactly that makes the image so attractive around 1900? What can the image do that the word cannot? And does this also apply to the images described that cannot lay claim to any kind of material evidence in the form of a trace? Is there a particular obstinacy in these evidence-oriented images in terms of the Bildakt? Are these images »actors« in a way that is specific to this kind of image (Mitchell 2006)?

One of our particular focuses of interest is the role played by the technical means of producing the traces or images. What are the implications of the technology that developed at this time for evidence orientation? Do we find similar – or which other – principles at work in laboratory evidence technologies in the 21st century? What higher-order similarities does a transdisciplinary examination of different media reveal?

10.30 Keynote Barbara Orland (University of Basel)
Seeing the Building Blocks of the Human Body. The Biopolitics of Microphotography 1840–1870

11.40 Bettina Bock von Wülfingen (HU Berlin/Image Knowledge Gestaltung)
The New Cell Staining Techniques since the 1870s and their Role in Conceiving Sex/Gender in the Cell

15.50 Bettina Uppenkamp (Dresden University/Image Knowledge Gestaltung)
Evidence and Identification. On the History of the Fingerprint

10.00 Keynote Soraya de Chadarevian (UCLA)
»It is not enough, in order to understand the Book of Nature, to turn over the pages looking at the pictures. Painful though it may be, it will be necessary to learn to read the text.«
Visual Evidence in the Life Sciences, c. 1960

14.30 Dieter Weiss (University of Rostock)
Superresolution Microscopy and the Discovery of Nano-Machines in Living Cells

Registration until 25th of October via email to Fiona Schmidt
> fiona.franka.schmidt@hu-berlin.de