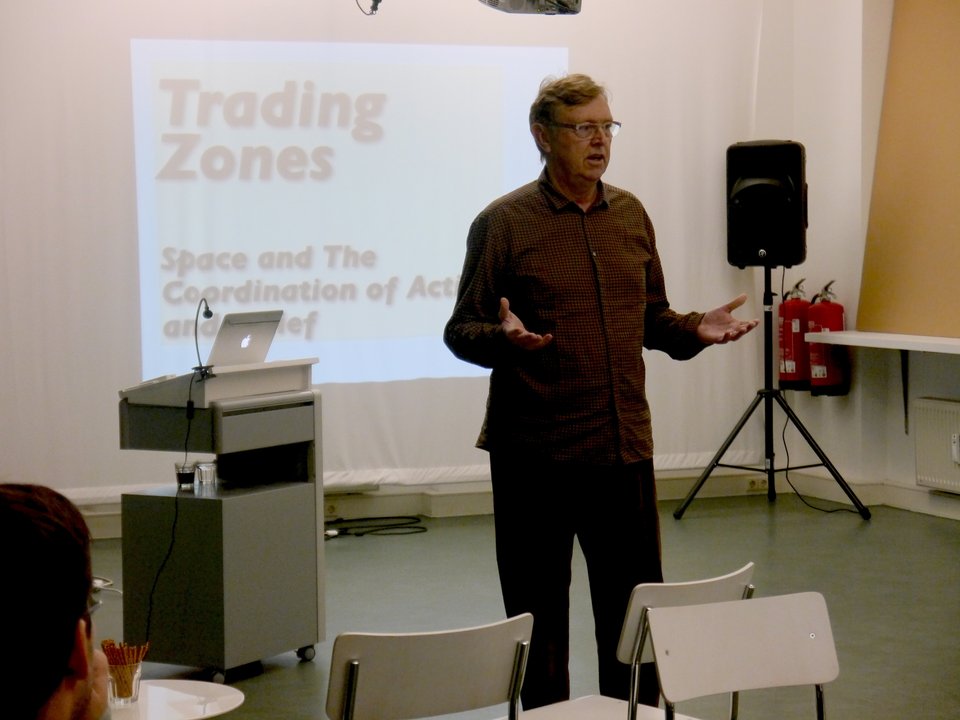 In light of the recent government crisis in the US, the importance of Peter Gallison's trading zone is painfully clear. This suggests that the concept may not be confined to science and the laboratory but may have a wider application. I will show that trading zones have both social and spatial applications ranging from the intimacy of the laboratory to the workings of the city.

Lars Lerup, designer and writer, is professor of Architecture at Rice School of Architecture (RSA) in Houston (Texas) and he is visiting professor at Hochschule Anhalt in Dessau. He was William Ward Watkin professor and Dean of the RSA from 1993 to 2009. Previously, he taught for many years at the University of California, Berkeley. His work focuses on the intersection of nature and culture in the contemporary American metropolis in general, and in Houston in particular. He is currently finishing up work on a new book, entitled »Toxic Ecology: At the Limit of the Entrepreneurial City« which examines the consequences the city's relentless growth and expansion has had on various natural systems, and further, how those consequences will effect the future of the city.