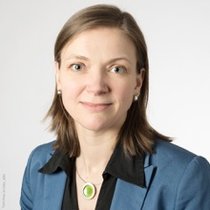 Roles
Interdisciplinary Laboratory
Postdocs
Priority Area
Collecting & Exhibiting
Projects:
Mobile Objects
Angela Strauß has been researching object histories and their political relevance since 2018. Prior to this, she completed her thesis on the changes in Prussian military chaplains’ understanding of their official role and religion in the 18th century. As a PhD candidate, she was a scholarship holder at the Leibniz Institute of European History in Mainz from 2011 to 2012. She served as an intern at the Deutsches Historisches Museum in Berlin in 2014/15. She studied History, Art History and Religious Studies at the University of Potsdam and the Freie Universität Berlin.

Her current project aims to reconstruct a political history of the natural historical collections in Berlin examining the significance of donations in their development. Her research focuses on the mineral and petrographical collection in what is now the Museum für Naturkunde. Using this as a case study, her aim is to explore the extent to which donations went hand in hand with a politicisation of museum objects and to examine the influence that former object owners were able to exert on the museum as an institution.