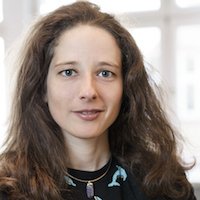 Anne Dippel is a Socio-Cultural Anthropologist and Historian. She went to the Collegium Leibnitianum in Tübingen, and studied History, Cultural Theory and History and European Ethnology in London and Berlin. In 2015 she published her book »Dichten und Denken in Österreich. Eine literarische Ethnographie« at Turia+Kant, which is based on two and a half years of field work in Vienna. She received her Ph.D. in European Ethnology (Humboldt University of Berlin) in 2013. Apart from her being researcher and lecturer at the department of European Ethnology / Socio-Cultural Anthropology at FSU Jena, she is scientific researcher at the Cluster of Excellence »Image Knowledge Design« at Humboldt University of Berlin, in the work group »Experimental Systems«, bridging the gap between physics and cultural sciences. She is Visiting Professor at the Institute for the Advanced Study in Media Cultures of Computer Simulations (mecs) at Leuphana University Lüneburg and associated member of the CERN (Centre Européen de la Recherche Nucléaire). Currently, she is conducting a a research about epistemic practices and anthropological conditions of knowledge production about time and space in experiment and experience of physical research.

The deep rift between the natural sciences and cultural science is one of the most awkward barriers to communication in today's academic world. The project »Experimental Systems« aims to formulate a system of mediation between the various knowledge bases and languages of both sides. Through »participatory observation« in an ethnological experimental system, Anne Dippel is working in a literal sense on building bridges of understanding between schools of thought and cultures of knowledge.