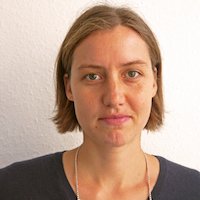 Anneliese Kuhle joined the Cluster of Excellence in October 2015. She was a member of the project »Gesundheit & Gestaltung«. As scientific coordinator she supported the team with regard to internal communication, administrative tasks and external fundraising. Previously, Anneliese Kuhle studied English literature and linguistics as well as biology at the Freie Universität Berlin. Subsequently she acquired her doctorate in the field of comparative linguistics. During her PhD, she conducted a one-year exchange at the Australian National University in Canberra. Her research interests outside of the Cluster focus on the human capacity for language in analogy to pre- and nonlinguistic forms of intentional behavior.