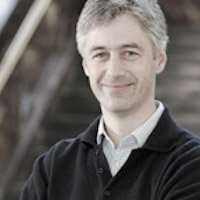 Christian Kassung has been Professor of Cultural Techniques and History of Knowledge at the Humboldt-Universität zu Berlin since 2006. After studying German philology and physics, he completed his doctorate with a dissertation on Robert Musil’s »Der Mann ohne Eigenschaften« in the discourse of modern physics. In 2007, his habilitation was on the pendulum and its meaning for the history of knowledge. Furthermore, he is a member and (since 2015) associate director of the Hermann von Helmholtz Centre for Cultural Techniques. Kassung has been dean of studies at the Faculty of Arts and Humanities III from 2007 until 2010 and member of the Task Force of the Excellence Initiative from 2009 until 2012.

History of knowledge and cultural history of the natural sciences, mainly physics; cultural techniques of synchronization; history and praxis of technical media, mainly transmission of images.