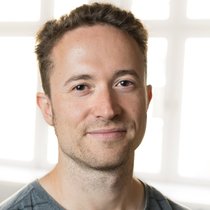 In the Interdisciplinary Laboratory, Christian Stein researches the workings of interdisciplinarity itself. He analyses a wide range of measurement data on working behaviour, use of space and communication that are collected in a separate experimental zone in the Cluster of Excellence.

His aim is to identify the fundamental conditions and team formations needed for successful interdisciplinarity in order to be able to manage projects more innovatively and with a greater chance of success.

Christian Stein began gathering interdisciplinary competence from an early age by founding a software company while he was still in school and then studying German Literature and Linguistics in parallel with Computer Science. While working on his doctorate in Literary Studies, he also set up and led a research project in terminology management in interdisciplinary teams at an engineering science institute.