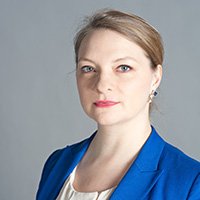 Claudia Blümle has been a tenured Professor of History and Theory of Form at the Institute of Art and Visual History of the Humboldt-Universität zu Berlin since 2014. She taught aesthetics and art theory at the University of Fine Arts Münster from 2009 until 2014, where she also acted as appointed Vice Rector of Scientific Study and Research from 2010 to 2014. She co-edits the journal »Regards croisés. Deutsch-französisches Rezensionsjournal zur Kunstgeschichte und Ästhetik« (German-French review journal on art history and aesthetics) since 2012.

Aesthetics, art and image theory, law and painting in the early modern era, science and art in the 19th and 20th century, post-war art in the public sphere, image history of curtain, visualization of time.