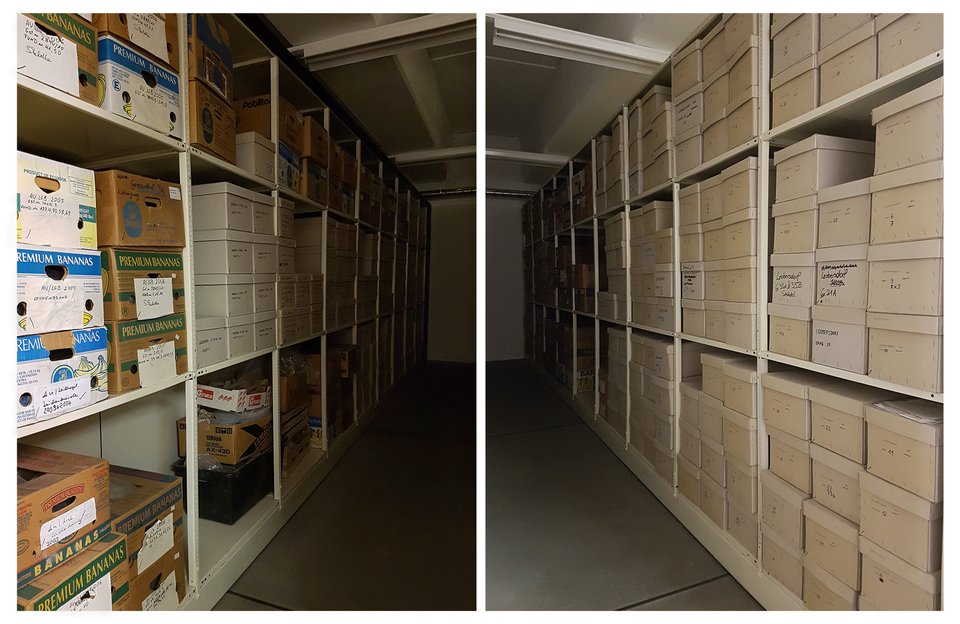 Knowledge and controversies about colonial violence, anti-colonial resistance, human remains and objects from the former colonies in museums and collections

The history of colonial violence is remembered in very different ways. It affects individual and collective memories of descendants of the victims. It is deeply related to museums and collections where human remains and objects from the former colonies are kept. It is part of the history of universities – including the Humboldt-Universität – where collections were interpreted, contributing to the scientific justification of colonialism and racism.

Discussing what should be remembered, how and where the material evidence should be kept depends on who is speaking. In four chapters, The Dead, as far as [     ] can remember shows the diversity of knowledge and controversies about the colonial past with transnational voices from the past and the present, visual and performing artists, academic researchers, museum staff, and decolonial activists.

The exhibition is accompanied by a series of performances, lectures and discussions that link the current state of research at the Humboldt-Universität with non-academic perspectives.

Mangi Meli Remains
In Old Moshi, Tanzania, a head is missing. The head is of Chief Meli who fought the German colonial occupation of territory in Kilimanjaro and was executed as a result in 1900. His head is said to have been shipped to Germany at the request of the Ethnological Museum director Felix von Luschan. Von Luschan collected thousands of skulls from all over the world for scientific testing based on racial ideology. Many of the skulls, including those from Old Moshi, are still stored in Berlin. The search for the head of Chief Meli has been ongoing for over 50 years, led by Meli’s grandson but until now without success.
Yet traces of Chief Meli can still be found in songs, stories and archives. This has formed the basis for a Tanzanian-German collaboration where a video installation depicts the life story of Meli: as a freedom fighter, his violent death and the possible journey of his head. Re-examined historical photographs and documents complement the exhibition. Mangi Meli Remains will travel from Berlin via Dar es Salaam to Old Moshi, where the exhibition will remain as a place of remembrance and a placeholder for Chief Meli’s missing head.

Schädel X – Postcolonial Lecture Performance by Flinn Works is a part of Mangi Meli Remains and will be performed at TA T on the 26th of October and the 3rd and 9th of November 2018.

Dead Images
Methods of collecting, measuring, categorising, storing and displaying skulls, developed in the 19th and early 20th centuries, were entangled in colonialism and scientific racism. Anthropometric, ‘type’ and other forms of anthropological photography – developed as tools to measure, classify and racialise the living – flourished alongside the research on the remains of the dead.
Dead Images is an exploration of the complex and contentious legacy of two collections held at the anthropology department of the Natural History Museum in Vienna. One collection consists of over 40,000 human skulls. Housed within this collection is a second collection of over 50,000 anthropological photographs. Through multidisciplinary research, a travelling exhibition, an education programme and public events, the Dead Images project reflects on the ethical, scientific and political implications of such collections and of their display.

Breaking the Silence I - The Anger of Mdachi bin Sharifu
In the late summer of 1919, shortly after Germany´s final loss of its colonies, a young East African named Mdachi bin Sharifu appears in several cities as a speaker on »Our colonial past«. In Berlin, Erfurt and Hamburg it is the first time that a black person rises to speak in this regard. But that is not the only reason why his appearances cause violent reactions from the white audience. Following the governmental repression of a petition by the Afro-German community surrounding Martin Dibobe from Cameroon, Sharifu is now judging publicly both the German colonial regime and the ongoing colonial racism in Germany.
Based on selected photographs from the collection of the plantation owner Karl Vieweg, which the embassy of Tanzania has kindly provided, the exhibition of Berlin Postkolonial questions the long-lived myth of the loyalty of the colonized to the German Empire.

Just listen – Voices on politics of remembrance and German colonial history
To this day, colonial racism characterizes the coexistence of people worldwide. Nevertheless, and for that very reason, the topic is not given much attention in Europe and the US. The West does not like to talk about the time of its violent expansion, about enslavement and genocide – certainly not with the descendants of colonised people themselves.
Just Listen is a cooperation project of students of the Freie Universität Berlin in cooperation with Leftvision and Berlin Postkolonial and should give an impulse to engage critically with the history and the continuities of colonialism. Just Listen therefore focuses on the perspectives of people who are affected by these continuities. In interviews, activists and experts who have been advocating a responsible approach to colonialism and racism for many years now, address important questions about appropriate dealings with the German colonial era.

Mangi Meli Remains
A Flinn Works production in cooperation with the Ethnological Museum Berlin. Funded by the Senatsverwaltung für Kultur und Europa, the Goethe-Institut Tanzania and Between Bridges.

Breaking the Silence I - The Anger of Mdachi bin Sharifu
Created by Berlin Postkolonial. Thanks to the Embassy of the United Republic of Tanzania, the Stiftung Nord-Süd-Brücken, the Berliner Landesstelle für Entwicklungszusammenarbeit, Engagement Global on behalf of the Bundesministeriums für wirtschaftliche Zusammenarbeit und Entwicklung, and the Rosa-Luxemburg-Stiftung.

Just listen – Voices on politics of remembrance and German colonial history
Created by students of the Freie Universität Berlin in cooperation with Leftvision and Berlin Postkolonial.

The Dead, as far as [     ] can remember is curated by Felix Sattler. The exhibition is part of the programme of the Humboldt-Universität zu Berlin during the Berlin Science Week. 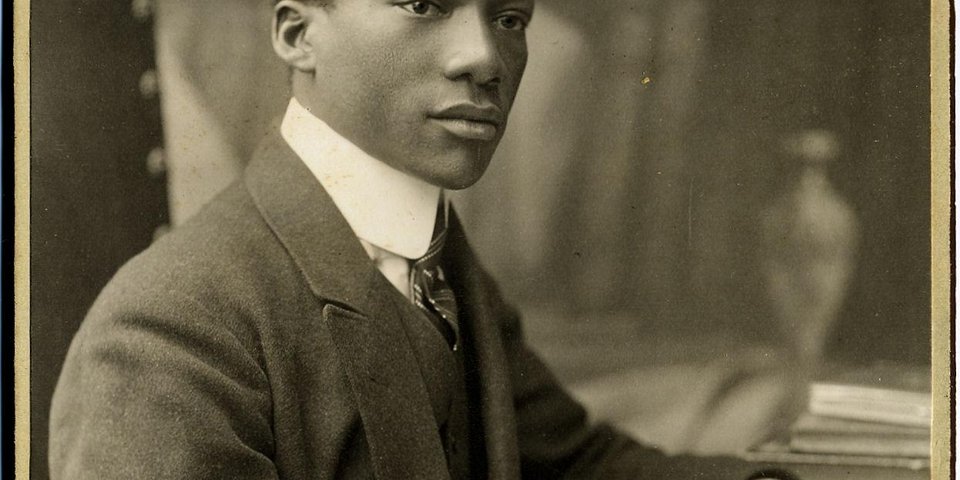 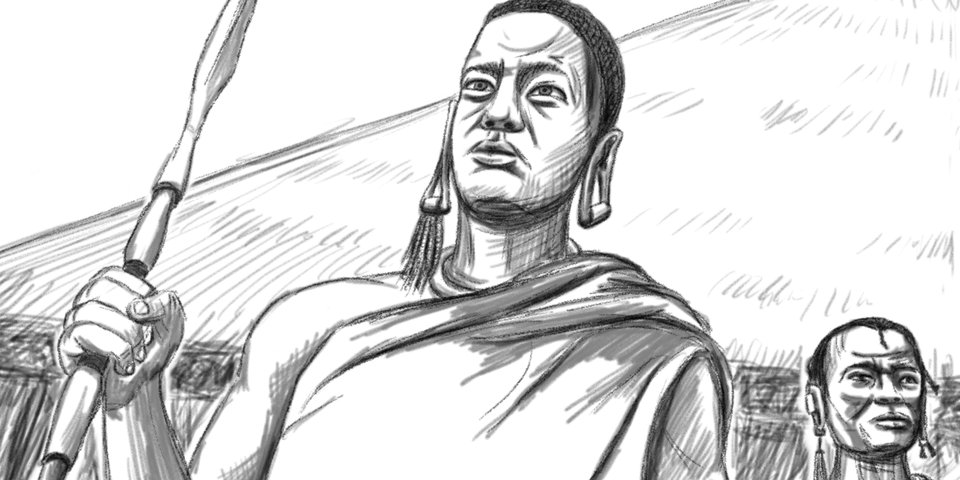 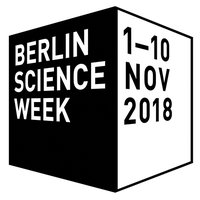 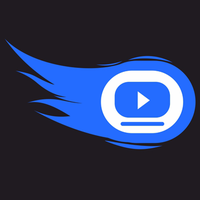