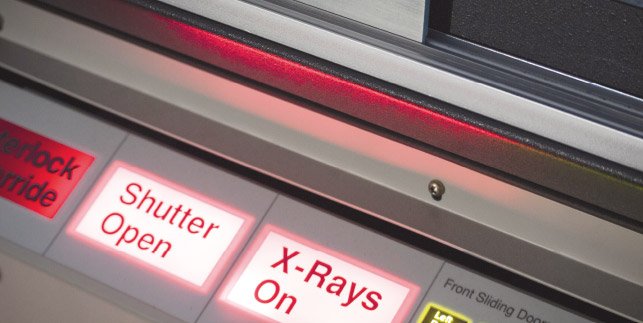 Image Guidance is an image-critical research project that, on the basis of medical practice and under the conditions of clinical interventions, develops proposals for the design of therapeutic processes and applications.

The central focus of the project is the complex of visualisation practices that act as interfaces between doctor and patient, thereby guiding action. These are investigated in the form of case studies in order to test and evaluate image-led operations within an exchange involving the areas in which these techniques are applied and developed.

Our aim in the analysis of the media-related framework conditions of image-led interventions is to uncover underlying forms of representation, perception and action, and to enable their transfer across disciplinary boundaries to situations and contexts in which the interaction of image and action is relatively close or even completely interwoven.

Recent years have seen the emergence of a series of processes that takes the process of imaging and image guidance far beyond the scope of pure diagnosis, in particular in radiation oncology and surgery. Radiation systems such as CyberKnife synchronise between pre- and intraoperative visualisation practices in real time, and robot-assisted technologies such as the da Vinci surgical system enable surgical interventions to be performed on-screen. The techniques such operations entail – control and automation, visual recording, optics, radiation-based surgery and programming – are developed specifically within the context of image guidance.

Surgical robots, endoscopic navigation systems and intraoperative augmented reality applications not only improve conventional methods and treatment options; they also fundamentally alter medical diagnosis and treatment. Given the visual regime that these developments are linked with, medical practice today no longer operates solely on the human body, but also on and with image forms, such as X-ray images, graphical user interfaces, 3D models and video images in which the medical intervention is defined and mediated via media. The practice of image guidance requires a form of image knowledge that to date has not been provided in the medical curriculum.

Against this background, the project pursues the overriding objective of investigating the scientific and cultural historical formation, specific design and application-oriented logic of image-guided surgery in greater detail, determining the implicit and imperative image knowledge that it involves and arriving at the consequences for medical training. Overall, the project seeks to anchor image guidance as a concept and process both conceptually and epistemologically and in medical practice, and to explore the possibilities for future optimisation and further development.

Research in the project is concentrated on the following focal points on which work is undertaken in cooperation between medicine, art history, cultural and media studies:

Scholars from medicine, media and cultural studies, and art history are collaborating on this project. Contributions are also needed from physics, design and computer science. We plan the following activities:

1. Organising introductory workshops on the research question, methodology and terminology

3. Creating a data repository for forms and contexts of images that will index the applied technologies and enable comparisons on a transdisciplinary level

4. Experimentally testing the different combinations of processes used for representation and technologies for guidance, marking, programming, visual depiction and operation; and testing proposals from non-medical (design and humanities) disciplines considering therapeutic use and technical feasibility

5. Converting the results into a use-oriented handbook

We plan to publish a student-level textbook, »Image Guidance«, in cooperation with an international publishing house. The textbook will treat the topic as an integral component of the medical curriculum focusing on the particularities and risks of new processes and will describe their optimisation in both a use-oriented and a technical sense.