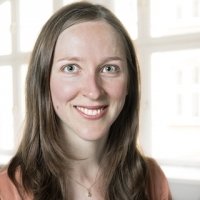 Lee Chichester studied history of art and images at Humboldt-Universität zu Berlin and the Bard Graduate Center for Decorative Arts, Design History, and Material Culture in New York. Her B.A. thesis dealt with the influence of the Victorian Ornament Debate on Charles Darwin’s theory of »sexual selection«. She completed her M.A. in 2014 with a thesis on »Cosmic Matters. Wenzel Jamnitzer and Early Modern Embodied Geometry«. Between 2011 and 2015 she was a member of the Collegium for the Advanced Study of Picture Act and Embodiment (now project »Picture Act and Body Knowledge«). At the Cluster of Excellence »Image Knowledge Gestaltung« she worked as research assistant for Prof. Horst Bredekamp in 2014/15 and as assistant curator for the exhibition »+ultra. gestaltung schafft wissen« (Martin-Gropius-Bau, Berlin, 9/2016–1/2017) from 2015 to 2017.

She is currently working on a PhD-thesis dealing with structural research in art and biology at the beginning of the 20th century, specifically in the context of D’Arcy W. Thompson’s »On Growth and Form« (1917).