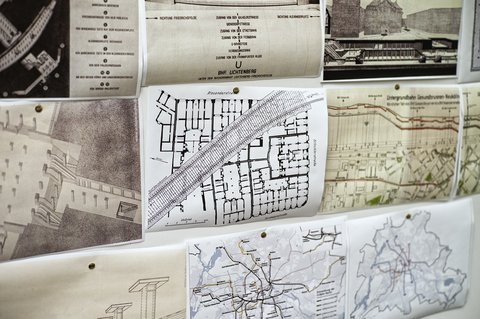 2 weeks, 20 international scientists and scholars, 21 young academics, 13 disciplines, more than 8 nationalities: all of them working together on new options to design mobility concepts at KOSMOS Summer University 2012.

KOSMOS Summer University, a new format of the Humboldt-Universität zu Berlin (HU Berlin) brings together scholars and young researchers from different disciplines and national backgrounds, partner universities as well as non-university research institutions from home and abroad. It combines international top-level research with promoting young academics based on the concept of internationalisation at home. Alluding to the famous KOSMOS lectures of Alexander von Humboldt from 1845 onwards, the Summer University teams scientists from the Humboldt-Universität zu Berlin with international partners in local project work.

The KOSMOS Summer University 2012 »Mobility« (KOSMOS 2012) was organized by the Institute of Cultural History and Theory of Humboldt-Universität zu Berlin in cooperation with the Universidad de Buenos Aires and other Latin American Universities. It took place in Berlin from 6th – 19th of September focussing on an interdisciplinary and innovative approach to mobility concepts in urban space. Developing common research strategies and merging the sciences, humanities and design disciplines in an experimental way laid the foundation of the collaboration.

Interdisciplinarity is currently one of the buzzwords in academic research. There is hardly any application for research funding that does not pronounce interdisciplinary collaboration. Nonetheless, a lot of interdisciplinary research approaches, especially within sciences, exclude collaboration with humanities. Integrating sciences that are traditionally mainly focussed on experiments and humanities that traditionally take a historical-analytical stance in research questions still remains a challenge. Thus, new formats of interdisciplinarity that take historical analysis into the laboratories and mutually open up new possibilities for historical analysis by experimental methods need to be developed: In KOSMOS Summer University, design disciplines play a crucial role within this integration process of humanities and sciences. Usually, expertise in Architecture, Design and Art is not involved in academic basic research and instead perceived as an application-oriented discipline. However, and this is one of the fundamental pillars of KOSMOS, the principle of Gestaltung unites the knowledge of many disciplines and therefore, intrinsically acts as inter-discipline.

Gestaltung, in a broader sense, acts as an overarching principle as it includes all aspects of research and communication from laboratory arrangements to chemical formulae, from the organization of a study up to theorisation. Knowledge and research have always been shaped by architectures, tools, models, information media and images used. In the past half century, the significance of Gestaltung in the production and perception of knowledge has achieved a new quality due to the development of digital imaging processes. As a means of rendering visibility and summarization, modelling and communication, proof and archiving, images have fundamentally transformed the sciences, humanities, technology, and medicine. Images explode disciplinary and local boundaries, and they transport styles and aesthetic strategies.

Gestaltung, thus, advanced from the periphery to the core of research itself. Furthermore, it offers possibilities for the movement of knowledge. Interdisciplinary exchange is usually not a matter of smooth interaction but causes friction. However, exactly these zones of friction are the source of innovation. KOSMOS Summer University does not aim at blurring disciplinary boundaries but bridging them with the principle of Gestaltung. The architect serves at this juncture as a role model; she needs to synthesize knowledge from different fields to be able to design a building. This is one dimension of Mobility at KOSMOS 2012: Creating interdisciplinary collaboration by using Gestaltung to produce and understand mobility.

Internationality is one of the dimensions of mobility at KOSMOS 2012 that was about to be explored. As stated above internationalisation at home is fundamental to the concept of any KOSMOS Summer University. This year´s KOSMOS especially focussed on the collaboration with Latin America, thus going beyond traditional research collaborations between Europe and North America. The Universidad de Buenos Aires as one of the most important universities in Latin America played a key role in this collaboration, but other participants from Mexico, Brazil and Chile were equally involved. KOSMOS 2012 marks the beginning of an on-going partnership between Berlin and Buenos Aires. Thereby, mobility of research processes is also realised through mobility of experts, of models or data. Thus, KOSMOS 2012 became a local place with global character by combining international research with local and culturally specific knowledge practices.

Mobility of persons, objects and data

A further and maybe most obvious dimension of mobility at KOSMOS 2012 is already indicated by the title of the Summer University: Mobility. Needless to say, all research questions and problems posed are questions of mobility. The movements of people, objects and data in cities are the focal points of the interdisciplinary research of KOSMOS 2012. Berlin and Buenos Aires served as experimental settings to develop innovative mobility concepts and solutions. Big cities are dynamic systems; however people, objects and data in the city do not only »keep moving«, they also meet or cause accidents. Instead of thinking of collision and friction as facets of urban mobility, which should always be avoided, the research team »Collision and Friction« focussed on possible productive aspects and new ways of coordination (1). Forms of movements ranging from femto-chemistry to geology that create productive and creative effects were explored in order to find out how new forms of collision and friction can stabilize urban systems. Sonifications in its various forms are auditory displays. At KOSMOS 2012 the focus within sonification has been on its capacities to depict movement. How can techniques and strategies of sonification be applied in urban mobility scenarios? Traffic for example, has always been perceived acoustically as well as optically. Aiming at the reduction of traffic risks and likewise the improvement of traffic flow the research team »Dynamics and Sound« explored different acoustic experiments and interventions in urban space (2). Mobility is not only a matter of horizontal movement. Less obvious, however equally important, is vertical mobility or even mobility in any direction in urban routines: eg. movements within overlapping routes of transportation or the overcoming of social barriers. The city is not a surface, but a three-dimensional space. Finding energy and space-efficient solutions for movement in every direction of the coordinate system of metropolis was the aim of the research team »Horizontal and Vertical Mobility« (3). Some natural materials in contrast, are able to transform specific changes in their surrounding directly into movement (eg. changes in ambient temperature or air humidity). Movements directed or performed by humans could be supported or replaced by such materials. The interdisciplinary team working on »Automobile Objects« at KOSMOS 2012 took natural materials as archetypes to rethink the autonomy of movements and came up with possibilities for animating inanimate objects (4). Urban circulation and circuits of water, traffic, information, goods etc. are another form of movement in urban space. In analogy to the human metabolism that also consists of circuits and filters, historical concepts such as humoral pathology were taken into account in order to design new forms of energy-efficient, dynamic and environmentally friendly urban metabolisms (5).

To sum up, experts and participants engaged in rethinking Gestaltung of mobility concepts in five different teams, each of them focussing on another subject: Collision & Friction (1), Dynamics & Sound (2), Horizontal & Vertical Mobility (3), Automobile Objects (4), and Urban Metabolism(5). Each of the interdisciplinary teams developed new questions or solutions to current urban mobility problems and all of them concentrated on urban mobility. Accompanying keynote lectures, discussions and excursions to various places within Berlin and beyond added a theoretical input as well as local relevance and, thus, enabled experts and participants to develop innovative mobility scenarios with reference to theory and practice. 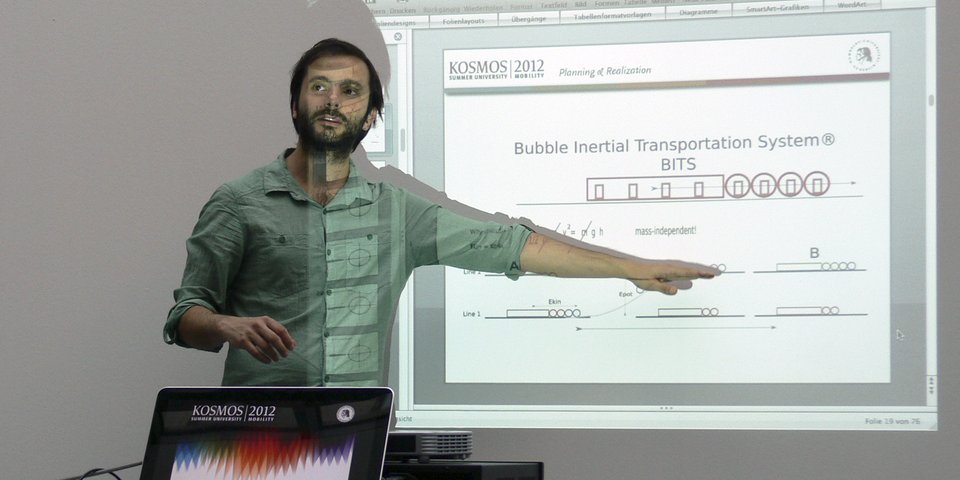 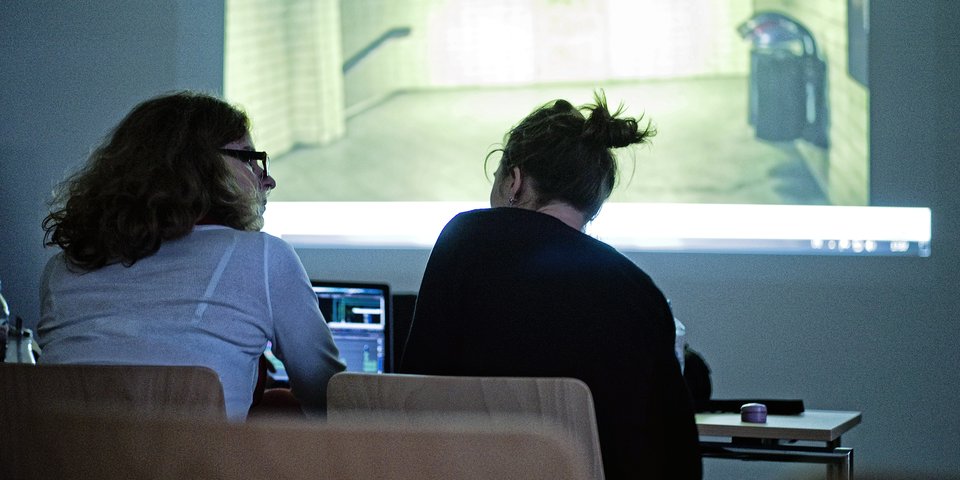 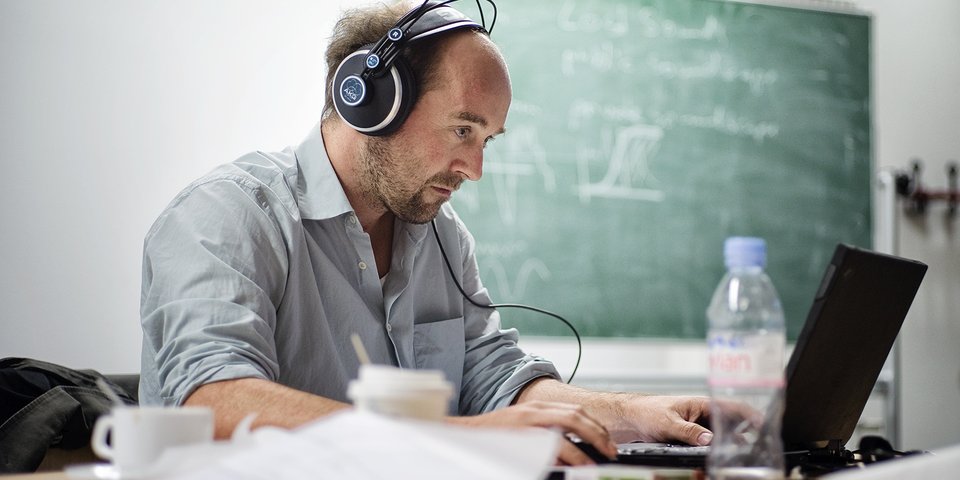 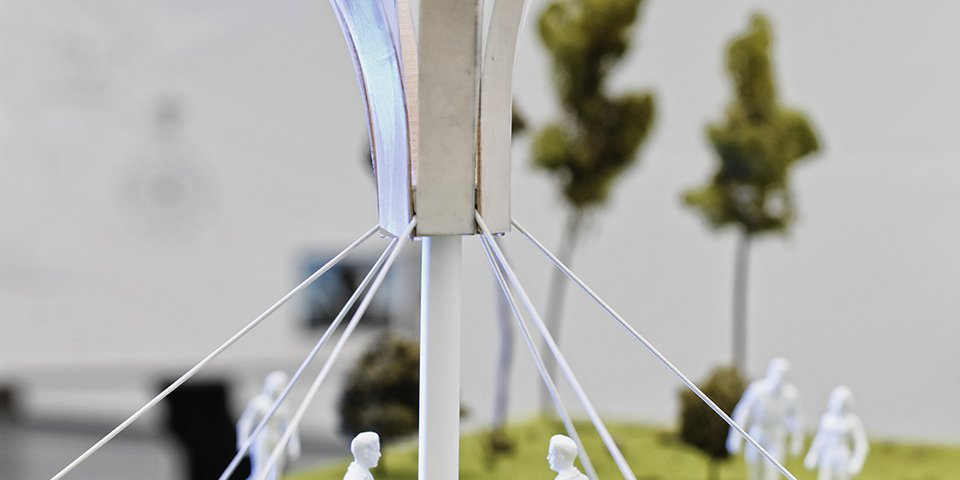 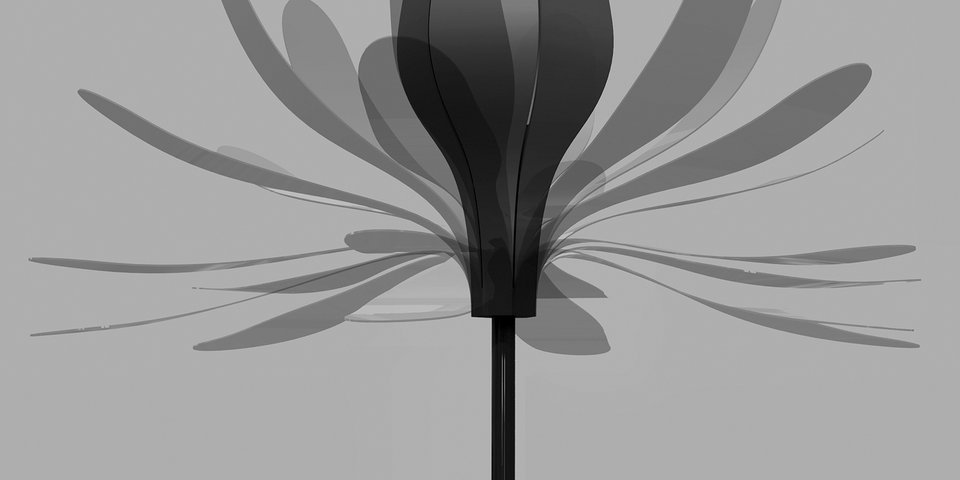 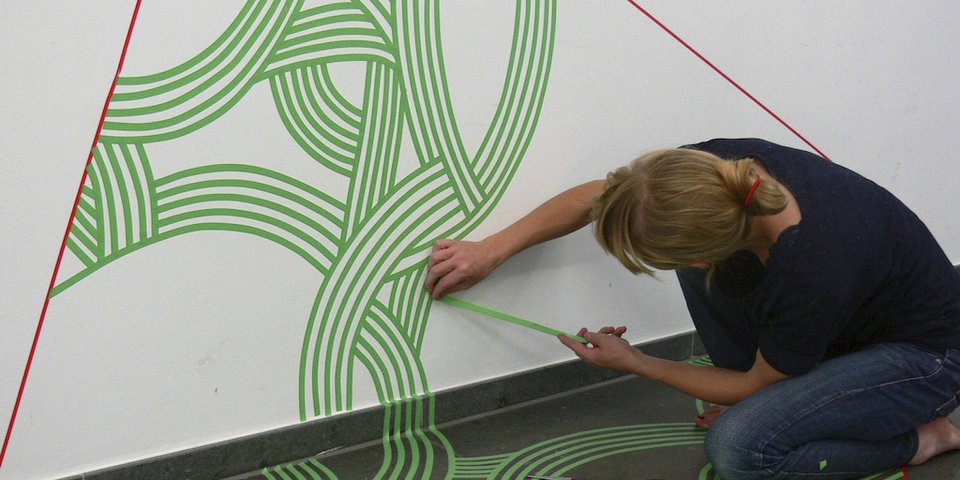 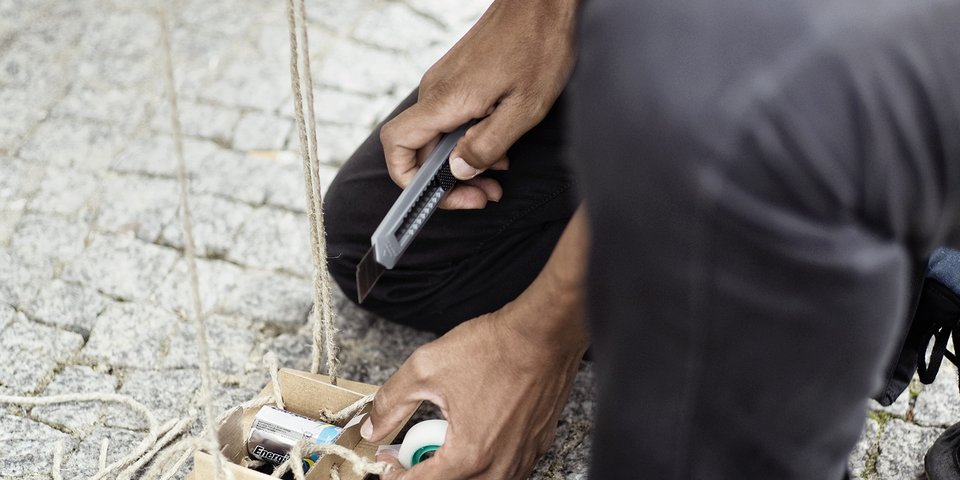 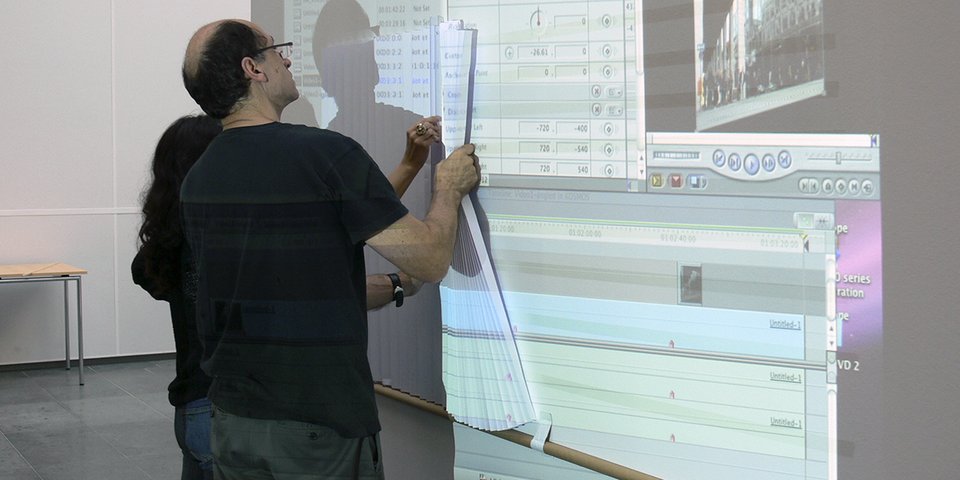