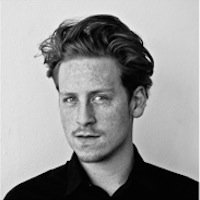 Within the project »Epistemic Reverse Side of Instrumental Images« Leon Engler seeks to deliberately distort the relationship between the portrayed and the image, in order to impede algorithmic conclusions. He is currently pursuing a Master's degree in Cultural Science.

Born in 1989, he moved to New York at the age of 19. There he worked for the United Nations and NYC College for Technology. He went on to study Theatre and Media Sciences in Vienna and Paris. At the University of Vienna, he was a tutor in media aesthetics. In 2011 he won a place on the  »Fundamentals of poetry« writing class in Finland, a programme run by the European Association of Creative Writing. He held a merit-based scholarship at the University of Vienna in 2011 and 2012. His first play »X Jahre Kriegsfreiheit« won the Drachengasse Theatre newcomer prize, a competition organised in cooperation with the Kuratorium für Theater, Tanz und Performance of Vienna. Since 2014 he has been published by Henschel Verlag. His fourth play will be premièred in 2016.