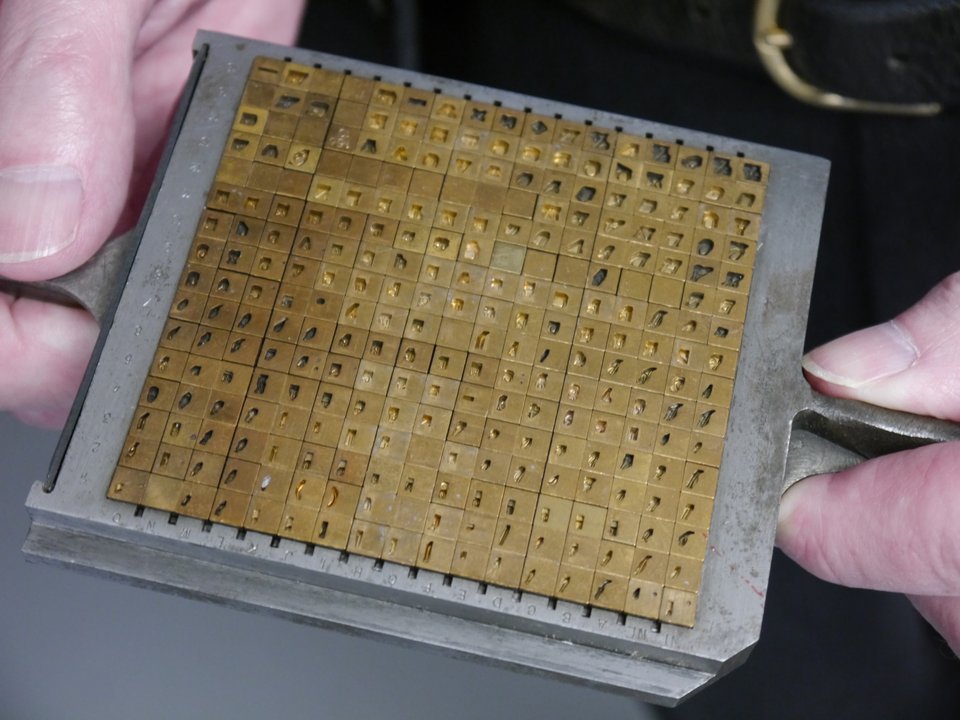 The project views and explores typography as a cultural technique that structures symbols as both carriers of meaning and material objects. Symbols only become carriers of meaning at particular sites, which are negotiated very differently depending on the cultural context. The thesis behind the project is that these negotiation processes are essentially influenced by materiality, and typography must therefore be seen as a material culture of symbol distribution. The project seeks to demonstrate that reconstructing the history of typography as the increasing digitalisation of design processes and the virtualisation of its materiality does not provide an adequate account.

Matter of Typography is a response to the modern diagnosis that the real now only plays a marginal role in the design of our culture’s essential symbols – images, writing and numbers. We counter the claim that the symbolic has progressively detached itself from the real in the digital era (cf. Coy 1993) with our preliminary thesis that materiality has by no means disappeared from design and instead has an active effect on design processes. Typography lends itself especially well to the examination of this power play between the real and the symbolic because typography has undergone diverse, interrelated digitalisation processes.  The base project has set itself the task of examining the influence of support materials on the form and significance of symbols in three different areas:

1.      Under the heading »Digital Typography«, we will explore the development of standardised writing, from multiply copied manuscripts to the use of writing beyond the printed page. We will consider digital typography in its complex milieu of writing and text, three-dimensional printed material and printing inks, and alongside the printing process in the context of industry and mechanical engineering history with its radical cultural and social changes.

2.     The most important precursor of the digitalisation of typography on the computer, which today appears to be complete, can be found in phototypesetting in the 1950s to the 1970s. The analogue manipulability of light laid the groundwork for digital technologies and practices. Within the research field of typography and light, we will study the mutual exchange between optical systems, support materials and creative practices, looking closely at its intractability and productive force for the formulation of typographic/symbolic orders.

3.      The base project considers the grid to be the most important characteristic of typography. The grid acts as a fundamental cultural technique for locating (Siegert 2003: 93). As such, it suggests the study of figurative marks, which emerge as typeface and an object in space. Here the widely varying and cooperative aesthetic programme of the Bauhaus is no less than a paradigm. Our analysis of the history of the emergence of the Bauhaus written figurative mark and its reception starts from the premise that the significance and potency of this figurative mark can only be understood in the context of its coproduction by designers, mediators and recipients. We will focus in particular on the influence of changing support materials on the form and significance of symbols.

The development of typography in the modern age and until this day extends far beyond the printing process. The base project explores three directions of influence:

1.      We will examine different possibilities for the future of digitalisation processes on screen, in projection or in virtual space. From today’s perspective, the crucial technical questions concern device-responsive and user-responsive type, and call for an analysis and evaluation of their effects on typography.

In order to understand this development at a fundamental level, we will investigate the typographical effect of different print materials themselves (e.g. parchment, synthetic materials, 3D variants, spot colours and LED/laser control) in practical experiments. These will be followed by experiments in typography beyond print, that is, in the virtual image or in augmented reality (Google Glass or comparable more recent output devices).

2.     The marked persistence in digital publishing of the closed page layout characteristic of hot-metal setting raises the pressing question of how to form an understanding of type based on light typography that analyses and consolidates a historical media model so as to create a typography of light. To be able to describe in more concrete terms historical transformative moments within the technology of phototypesetting, we will analyse the technological development in Germany, which was dominated by the Berlin company H. Berthold AG from the 1950s to the 1970s.

3.      New marketing strategies such as flexible corporate design, dynamic identity and liquid branding call for an examination of the form-shaping factors that operate within such strategies. Taking Bauhaus typography as an example of liquid branding avant la lettre, we will examine which actors are involved in the coproductive shaping of typographical form and in which ways, what role the available hardware plays in this process, and how it foregrounds relationships in shifts of meaning. To support this research, we will investigate these factors experimentally and study them in exemplary creative experiments.

Project results are secured on different levels. The three project areas will be interlinked on an ongoing basis through themed meetings, workshops and trips. In addition, we are planning conferences, interdisciplinary teaching events at the Helmholtz Centre for Cultural Techniques, academic publications and exhibition activities.