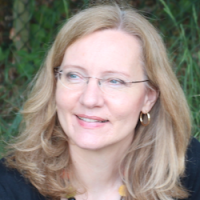 Regine Hengge has been a Professor of Microbiology at Humboldt-Universität zu Berlin since 2013. She studied Biology at the University of Konstanz, where she also obtained her PhD in 1986 with a thesis on protein secretion in Escherichia coli. As a postdoc at Princeton University she worked on signal transduction in the RAS pathway in yeast. In 1989, again at the University of Konstanz, she started her own group and since then has worked on biofilm formation and the molecular biology of bacterial stress responses. In 1998 she became a Professor of Microbiology at Freie Universität Berlin.

Regine Hengge received the Research Award (»Landesforschungspreis«) of the Federal State of Baden-Württemberg (1996), the Gottfried Wilhelm Leibniz Prize from the German Research Foundation (DFG, 1998), and an ERC Advanced Researcher Grant (2010). She became a member of the Berlin-Brandenburg Academy of Sciences and Humanities (in 2000), the Deutsche Akademie der Naturforscher Leopoldina (National Academy of Sciences Leopoldina) (in 2001), the European Organization of Molecular Biology (EMBO, in 2003), the European Academy of Microbiology (EAM, in 2009), and the American Academy of Microbiology (AAM, in 2012).

In partnership with the English Theatre Berlin, Regine Hengge has been heading a transdisciplinary »Science & Theatre« project since 2010.