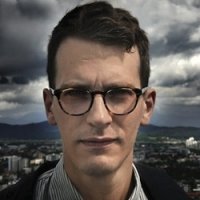 Samo Tomšič studied Philosophy at the University of Ljubljana and received his PhD from the university’s Institute of Philosophy for a thesis entitled »What is Anti-Philosophy?« in 2008. Previously he worked for the Scientific Research Centre at the Slovenian Academy of Sciences and Arts. Between 2011 and 2013, he was an Alexander von Humboldt Fellow at the Department of German Literature at the Humboldt-Universität zu Berlin. His current research centres on the philosophical questions of formalisation, the history of rationalism, and the topicality of the structuralist programme. He is a Research Associate in the project »Models in Gestaltung«.