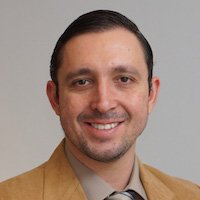 Tiago da Costa e Silva is associate researcher at the Cluster of Excellence »Image Knowledge Gestaltung« of the Humboldt-Universität zu Berlin. Since August 2015, he works in the professorship »History and Theory of Gestaltung« of Patricia Ribault and with the student assistants Alexander Soytek and Matthieu Praun.

He studied industrial design with emphasis on visual communication at the State University of São Paulo (Unesp-Bauru – São Paulo, from 1998 to 2002) and graduated in the master’s program of communication and semiotics at the Pontifical Catholic University of São Paulo (PUC/SP, from 2003 to 2005). He was associate researcher at the Graduiertenkolleg »Das Wissen der Künste« of the Universität der Künste Berlin (UdK) from 2012 until 2015. At the Fakultät Gestaltung, he started his PhD under the supervision of Susanne Hauser.

On the 13th of February 2018, Tiago defended his PhD dissertation entitled »The Logic of Design Process. Invention and Discovery in Light of the Semiotics of Charles S. Peirce.«
He is interested in four major areas of knowledge, which he is currently inquiring upon: philosophy, design and Gestaltung, engineering sciences, and arts.

In the area of philosophy, he is interested in logic, objective logic, philosophical semiotics, phenomenology, esthetics, theory of formativity, German idealism, and American classical pragmatism.
In the area of design and Gestaltung, Tiago’s interests lie in theory, history, and praxis of design and Gestaltung, with special emphasis on visual communication, product design, interaction, and interfaces.
In the area of engineering sciences, he is interested in understanding the specific projective processes, methods and procedures, both theoretically as well as practically. Moreover, he is interested in the intersection of methods and procedures between engineering sciences, design, and arts.

And finally, in the area of arts, Tiago is interested in creative and formative processes, both theoretically as well as practically with special emphasis on visual expression.

He is developing his Postdoc project related to the procedural and methodological intersections between the fields of arts, design and Gestaltung, and engineering sciences as well as common formative processes observable in these fields.